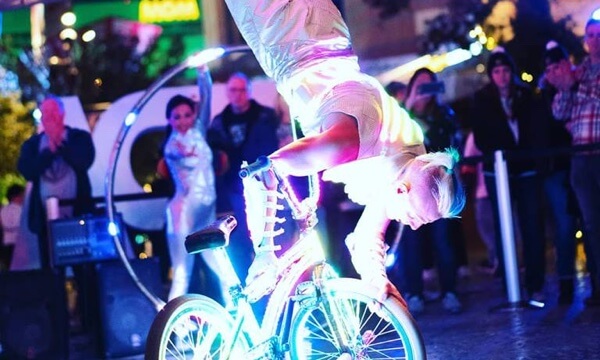 Blake Hicks started riding as a hobby in his childhood at 18, graduated with a college for automotive & diesel science + business. In 2009 Blake aggressively pursued a full-time career in his skill of BMX Flatland.

He made his Debut of his TRON Bike at EDC 2011 in Las Vegas to over 110,000 attendees, Blake’s promo video went viral on Youtube and since then he has continued to push his act to newer heights.