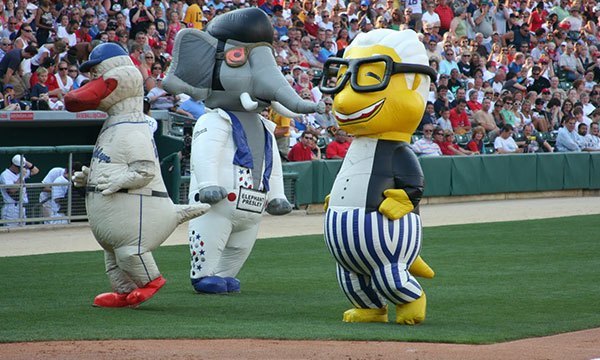 Since 1998, the ZOOperstars! have been one of the most popular touring novelty acts in all of North America! Comedy, acrobatics, tricks, synchronized dancing, and huge hilarious characters with clever names such as Elephant Presley, Shaquille O’Seal, Mia Hammster, Tiger Woodschuck, Whale Gretzky, Monkey Mantle, and many more, combine to make this act a fan favorite!

Their 2008 run to the finals of America’s Got Talent helped boost their popularity, and introduced this lovable troupe to legions of new fans around the world! They’ve wowed crowds in Mexico, Canada, Japan, Turkey, Indonesia, and all across the USA! Now with 40+ different characters, the ZOOperstars! cast is prepared to bring their unique brand of entertainment to your event!