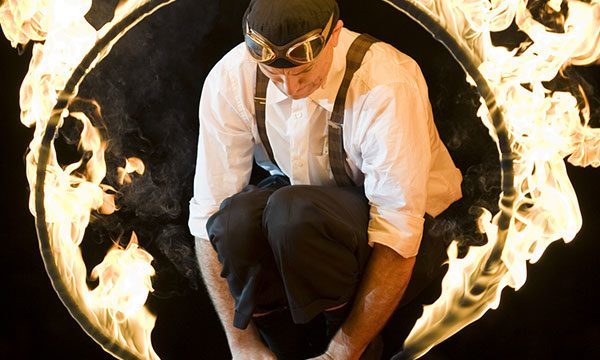 Justin Case is a unique entertainer with a world class reputation. His comedic acrobatic cycling act has been featured in many of the world’s leading circuses and casinos. He has won prizes at international competitions such as the Cirque de Demain festival in Paris and been voted one of the most popular acts of the famous French TV show “Plus Grand Cabaret du Monde” and appeared at the famous Monte Carlo Casino.

He has also been a familiar face at the “Just For Laughs” galas in Montreal and he has thrilled thousands during half time at NBA games and has toured extensively with New York City’s prestigious Big Apple Circus where Justin won critical acclaim from audiences and critics alike.